New developments in systems and circuits 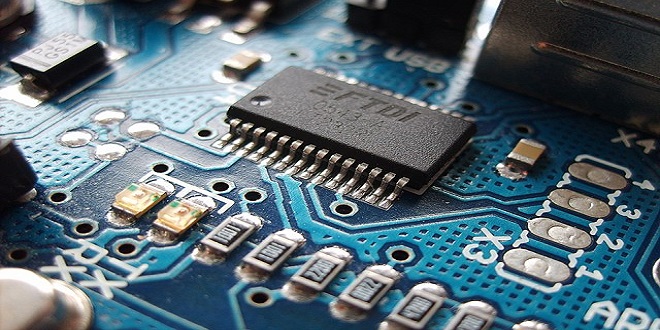 Bluetooth and the automobile

Bluetooth1 is a standard used to connect all types of appropriately designed devices in a ‘wire free’ network. Harald Bluetooth was king of Denmark in the late tenth century. He united Denmark and part of Norway into a single kingdom then introduced Christianity into Denmark. His name is used for the standard to indicate how important companies from countries such as Denmark, Sweden, Finland and Norway are to the communications industry. Bluetooth is a standard that works at two levels

Bluetooth is a radio frequency standard so it provides agreement at the physical level. At the ‘nonphysical’ level products also agree on when bits are sent, how many will be sent at a time and how error checking is implemented. The Bluetooth system operates in the 2.4 GHz Industrial-Scientific-Medical (ISM) band with a range that varies from 10 m to 100 m. It can support up to eight devices in a piconet (a very small network of two or more Bluetooth units).

In general, but particularly in the emerging automotive applications, Bluetooth devices need to avoid creating interference. This is achieved by sending out very weak signals of only 1 mW. Powerful mobile/ cell phones transmit a signal in the region of 3 W. The downside of this low power output is that the range of a Bluetooth device is limited to about 10 meters. However, for many applications, the reduction in interference is the most important requirement and the standard is designed for communication between devices in close proximity

It has built-in security and a particularly useful feature is that it uses non-line-of-sight transmission, which works through walls and briefcases, for example. Bluetooth enabled devices to include: printers, mobile phones, hands-free headsets, LCD projectors, modems, wireless LAN devices, laptops/notebooks, desktop PCs, PDAs, and of course, automobiles

The system is activated with Visteon’s patented Voice Technology system, which recognizes six languages (US and UK English, German, French, Italian, Spanish and Japanese) as well as regional accents. It makes a wireless connection to a chipset and associated software embedded in the vehicle’s radio. Enabling the wireless connection is a 150 80 28 mm module that contains a microprocessor for voice recognition and Bluetooth software

At the time of writing (autumn 2003), Chrysler is just starting to offer its customers a Bluetooth enabled automotive application. Each customer will have just one communication device (mobile/cell phone) with one number. Customers will be able to use their existing network or carrier to sign up (currently with AT&T), for enhanced services such as stock quotes, sports and the latest news.