What is the Dukan Diet? 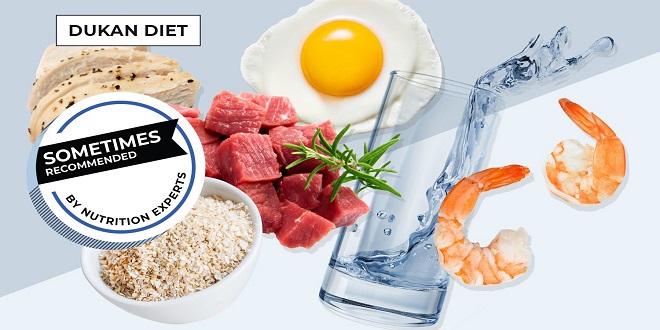 The Dukan Diet (also known as the French Protein Diet) is a weight-loss method that encourages and proposes natural weight loss. It was developed by French nutritionist Dr. Pierre Dukan more than a decade ago and the target market was obese people. There is a healthy eating plan incorporated into the Dukan Diet. This healthy eating plan consists of 72 foods from animals and 28 from plants. This diet plan contains four separate phases: The Attack Phase, The Cruise Phase, The Consolidation Phase, and the Stabilization Phase.

The secret behind the diet is that it allows the dieter to eat as many “good foods” as preferred. The difference between the Dukan Diet and other diets is the fact that there isn’t any calorie counting or limiting foods to certain times of the day or to so many times a day.

As long as people consume foods on the list, they are allowed to consume as much as they want. Protein is essentially the main component for this particular diet. The Dukan Diet is quite similar to the Atkins diet because both have a strong focus on protein. A main difference however, is that the Atkins diet allows the participant to consume fat.

The attack phase is phase one and it allows rapid weight loss with 72 different high-protein and low-fat foods. During this phase, one can’t eat any other foods. The drinks allowed during this phase are limited to water, coffee and tea. Drinks can’t have any calories or fat the foods eaten during this phase range from low-fat beef to zero-fat cottage cheese. Oat bran is also a food that one is allowed to consume during this particular phase.

Some dieters implement an exercise plan such as a 20-minute walk every day. The five day protein kick has proved to provide immediate weight-loss. People who have participated in the attack phase have claimed to drop 7-10 pounds in five days. The attack phase is brief and complete with instant results and gratification

For example, he/she could eat 5 days of protein and vegetables, then 4 days of only protein. The vegetables that one can consume during the cruise phase are rather limited. Some vegetables contain a good amount of carbohydrates, therefore, they are prohibited. Most green vegetables are allowed such as asparagus, celery and green beans. A dieter can be in this phase for a prolonged period of time, even months, depending on the amount of weight one wants/needs to lose.